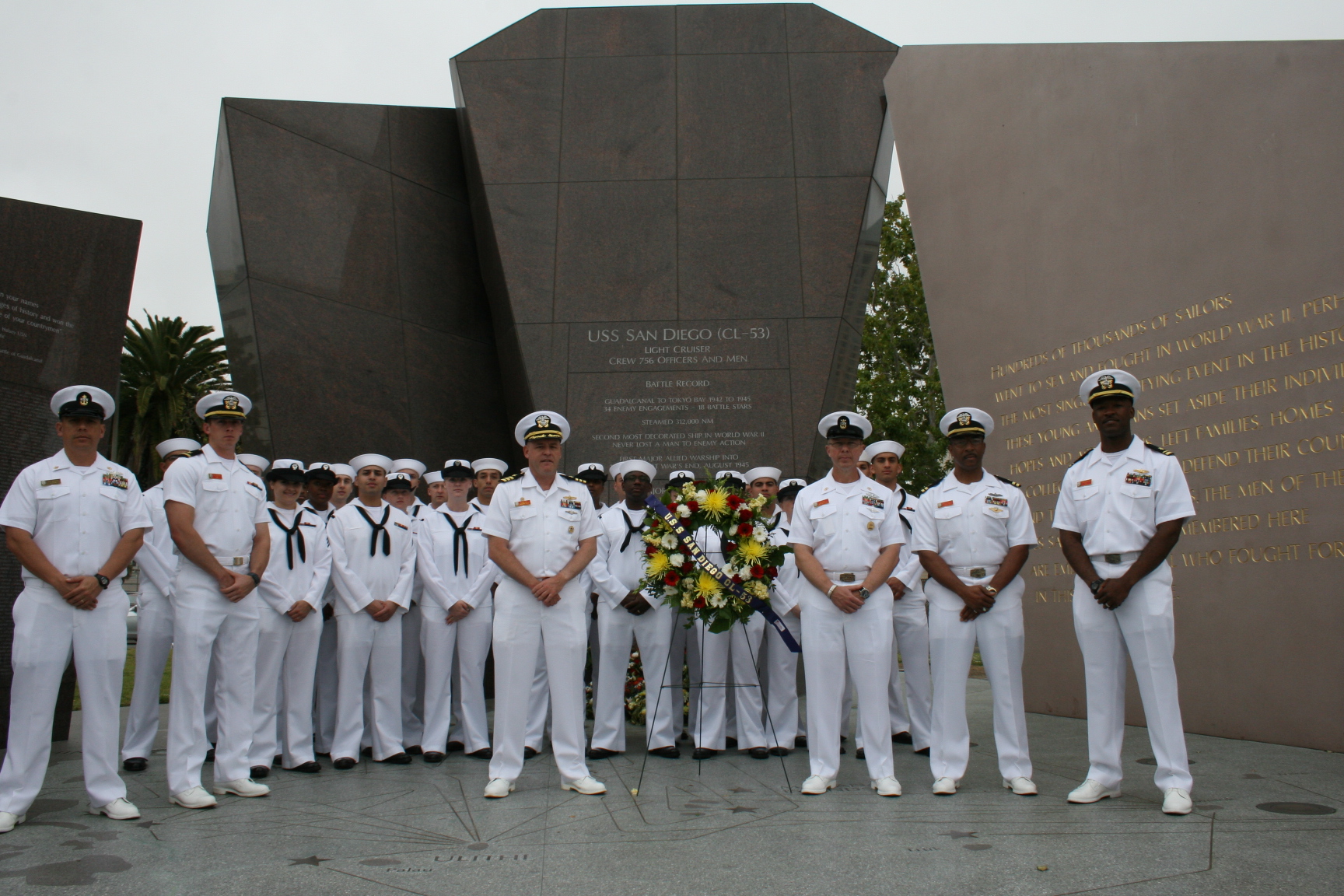 The models for the landmark public art project, honoring the World War II cruiser, USS San Diego, will be displayed in The Parsonage Museum of Lemon Grove Mar. 29 through May 31 in conjunction with the current exhibition, “Lemon Grove in World War II,” it was jointly announced today by Helen Ofield, president of the Lemon Grove Historical Society and Capt. Leonard Shea, president of the USS San Diego Memorial Association.

Four years in the making, the USS San Diego Memorial will be installed this year on Harbor Drive at the G Street Mole as a tribute to the extended San Diego community, whose efforts were critical to victory in World War 11. San Diego presently lacks a major World War II memorial.

“The memorial will help to educate San Diegans about their city’s namesake warship and its remarkable history,” said Capt. Shea, who was the commissioning officer for the USS San Diego in 1941 and co-founder of the Memorial Association. “Because of their impressive efforts to present the story of the vanishing generation of World War II veterans, we asked the Lemon Grove Historical Society to be the first to show the models in East County.”

The USS San Diego was the second most decorated ship during the war, earning 18 battle stars, second only to the USS Enterprise with 20 battle stars. From Guadalcanal to the end of the war, the 7500-ton San Diego engaged the enemy 34 times, steamed 320,000 nautical miles more than any other U.S. ship in the war zone — dodged countless bombs, torpedoes and kamikazes, yet never lost a man to enemy action.

On Sept. 13, 1945 the San Diego led a formation of battle-proven vessels through the Golden Gate Bridge to become the first capital ship to return to the West Coast after the Japanese surrender.

The Memorial Association commissioned the noted California artists, Lou Quaintance, Berkeley, and Eugene Daub, San Pedro, to create the striking stone, terra cotta and bronze monument. A massive, abstract ship’s prow dominates the four sections, with the San Diego surging through waves carved in bas relief on the south section. A life size statue of a weary but resolute sailor stands by the inscribed dedication to the ship and its crew. Stretching from the base of the monument is a map showing the ship’s wartime track inlaid in brass. The freestanding monument allows visitors to walk around and through its sections.

Among Daub’s numerous public sculptures are the World War 11 commemorative bronze plaque in Asan Park, Guam; the dramatic Lewis and Clark monument in Kansas City, and the huge medallion on the Supreme Court of the State of Nevada in Carson City.

The beauty and historical significance of the USS San Diego Memorial prompted the Port of San Diego, through its Public Art Program, to donate the waterfront site for the monument on Harbor Drive. The monument has been supported entirely by private contributions to the non profit USS San Diego Memorial Association. Donations to assist the project can be sent to P.O. Box 182142, Coronado, CA 92178.